In the early 1950s, the NS ordered 280 diesel-electric locomotives to replace the last of its steam engines. These new locomotives came from both the 2200 and 2400 series. The 2201-2350 series was intended for use with heavy goods trains, but saw occasional service in passenger transport. When first delivered, they were brown with sandy-yellow stripes and two lamps on each end. After a few years, a third headlight and Automatic Train Control were installed on a number of locomotives, including the 2215. The additional headlight allowed them to operate on the sections of track at the German border. In the early years, flames sometimes shot out of the chimney atop the locomotive when the boiler was fired up, scaring the engine drivers. Mufflers were later installed on the chimneys. These not only helped contain smoke and flames, they muffled the loud noise escaping the chimney as well. The NS eventually sold 25 engines to Belgium for use in building the High-speed line. The 2215 and 2264 arrived at the Railway Museum at the start of the 21st century. 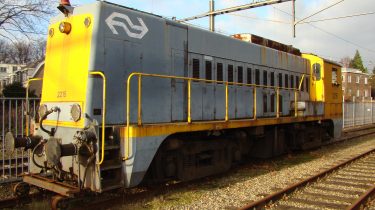 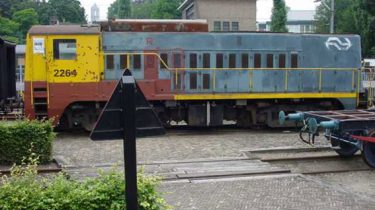